New Editor for Britain At War

Fiona Keating has joined Key Publishing Ltd as the new editor of Britain At War. She studied history at University College London and her experience includes time as an editor at The History Channel. She covered history and modern conflicts during her period as News Editor at the International Business Times. Fiona has also written history features for The Independent and Ancient Origins. She was recently interviewed for a TV programme on Hitler’s secret atomic bomb programme, which airs on The History Channel later in the month. Fiona is looking forward to broadening the scope and remit of the market-leading Britain At War. “We’re delighted to be working with Fiona,” said Chief Content & Commercial Officer Mark Elliott. “She has an ambitious vision for the brand and will work brilliantly with her deputy, John Ash, on developing our plans.” 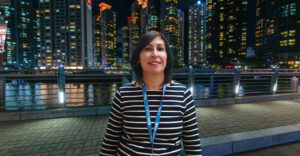