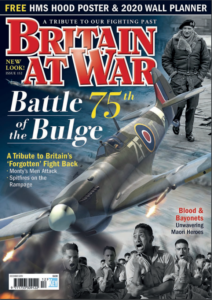 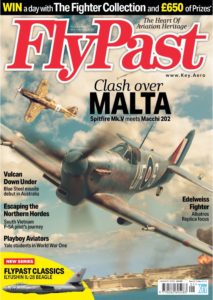 Two of Key Publishing’s biggest brands have undergone recent magazine redesigns, ahead of extensive campaigns to build on their success. Market leaders FlyPast and Britain At War, which sit at the top of the Historic Aviation and Military History sectors, unveiled new templates with their December issues.

Chris Clifford, FlyPast’s editor, said: “After listening to readers’ feedback, we are proud to unveil a completely redesigned magazine. The fresher, cleaner look makes it much easier to read and we’ve introduced new content such as the FlyPast Classics series. Our audience will love the new section Restoration Scene, which offers the very latest coverage of grass-roots aircraft rejuvenation work in the UK and abroad. I’m particularly delighted with the exclusive covers now created each month for subscribers, which offer dazzling photos or specially commissioned artwork, making the magazine even more collectable.”

Nigel Price, editor of Britain at War, said: “We’ve also given our journal a major make-over, freshening things up and improving its appearance. This will enable us to pay tribute to the men and women from our fighting past more effectively – bringing their stories to life with specially commissioned infographics, better images and the text presented in a clearer way.

“We’ve also broadened our editorial content, and now include more stories from our Commonwealth brothers-in-arms around the world. We’ll also be featuring a wider range of articles that focus on army and navy subjects, along with our ever-popular coverage of the air wars from over the last 100 years.”

Combat Aircraft, which is the USA’s best-selling military aviation title, also rebrands as Combat Aircraft Journal with immediate effect and unveils a new-look cover template for its January issue.